Cimon and Pero, also known as Roman Charity (Latin Caritas Romana; Italian Carità Romana)  – one of the most popular subjects in the seventeenth and eighteenth-century Italian and Flemish painting. The scene portrays Pero feeding her starving father Cimon in prison. It is taken from the ancient Roman historian Valerius Maximus’s Memorable  Factorum ac dictorum memorabilium (Nine Books of Memorable Acts and Sayings of the Ancient Romans), that presents Pero’s selfless devotion as the highest example of honouring one’s parent. 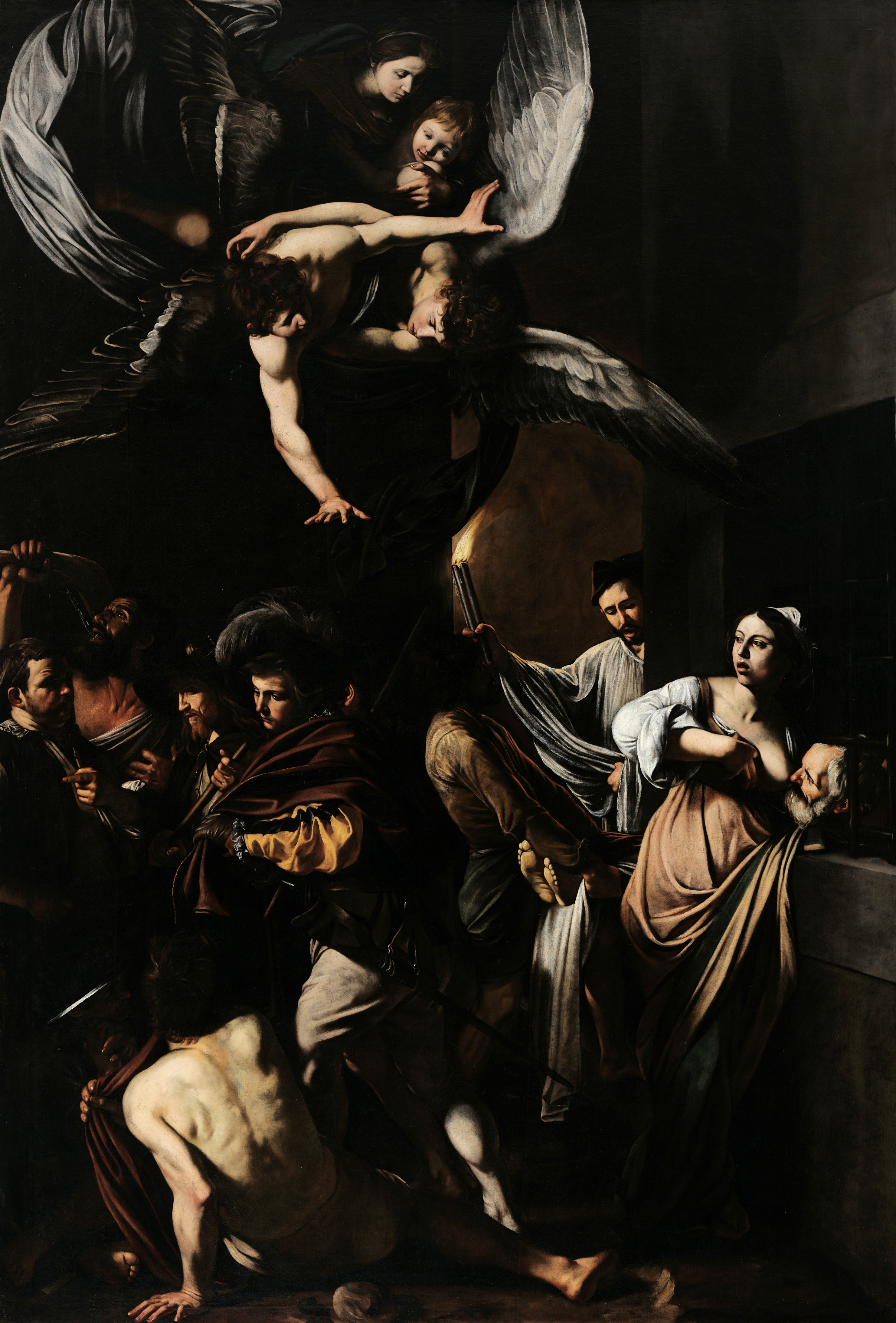 The scene was depicted by many artists, including Peter Paul Rubens (versions in the Hermitage in St Petersburg and the Rijksmuseum in Amsterdam) and Michelangelo Merisi da Caravaggio. The latter featured the deed (among others) in his work from 1606, The Seven Works of Mercy in Pio Monte della Misericordia in Naples. The present composition by an anonymous Italian artist is based on Caravaggio’s version.

The Italian Baroque painter Caravaggio, short for Michelangelo Merisi da Caravaggio (1571-1610), was known primarily for his powerful contrasts of light and dark and his rendering of characters as ordinary people. To intensify the drama in his compositions he zoomed in on his models, whom he usually portrayed half-length. He also created theatrical effects by using sources of light outside the picture plane to illuminate the scenes. Caravaggio had no known pupils or collaborators, but in the two or three decades after his death there flourished in Italy and northern Europe a type of painting that responded to his realism. While his example represented the main alternative to classicism, the extent to which Italian patrons consciously took sides in a polemical debate is a controversial issue.